It's gonna take some gutsy women to tame this locker room full of egos.

FREE for a limited time!!!

Countdown to a Kiss

Three professional hockey players from the Florida Fury attend a New Year’s Eve party at the team owner’s mansion and spend time with three very different women. As the countdown to midnight begins, each of them is hoping to start the new year off right with a kiss. But if that happens, does it mean they’re destined to see these women again? A sneak peek into Piper Rayne's upcoming series, Hockey Hotties!

Reader Note: Story has been expanded since its inclusion in the Jingle Balls Anthology in 2020.

The one adjective used to describe my entire hockey career. I prefer to call it hard work, at least I did until my game went to complete crap. I haven’t scored in eight games and my team owner is talking about trading me.

I’ve never believed in superstitions. Never needed one. I suppose I was “lucky” in that way. But now the best way to refer to me is desperate. I’d wear the same socks for an entire year just to be the high-scoring center I used to be.

Imagine my surprise when after spending New Year’s Eve with a woman, I score a hat trick in the next game—that’s three goals in one game for you non-hockey lovers. Now, I have to track  her down and bribe her to do it again before every game. Get your mind out of the gutter, I’m not talking about it.

I find her and when I get to know her better, I end up spending more time thinking about her than my game, but she’s made it clear she wants no part of me. She’s going to learn that I didn’t become a professional hockey player without having to fight for what I want. 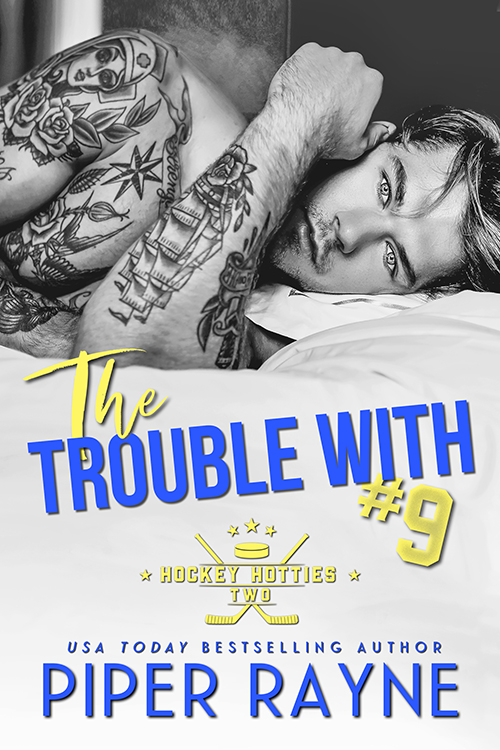 One word that comes to mind when someone talks about me. I like to think of it as protection, watching out for the ones I love. But now I’m spending more time in the penalty box than on the ice and the team owner isn’t happy.

Finding myself across the room from the hot therapist I kissed on New Year’s Eve only makes me push my problems down further. I want couch time with her but not the kind she’s used to.

I decide to lie to her just to finish off my therapy so I can do what I really want—date her—even if she says she doesn’t date hockey players. Just when my therapy sessions are up and I’ve made some headway with Paisley, it’s my parents who throw another wrench in my plans.

If I abide by my parent’s wishes to marry the one they’ve chosen, I’ll lose Paisley forever. But if I go against my parents, I’m failing my deceased best friend all over again. 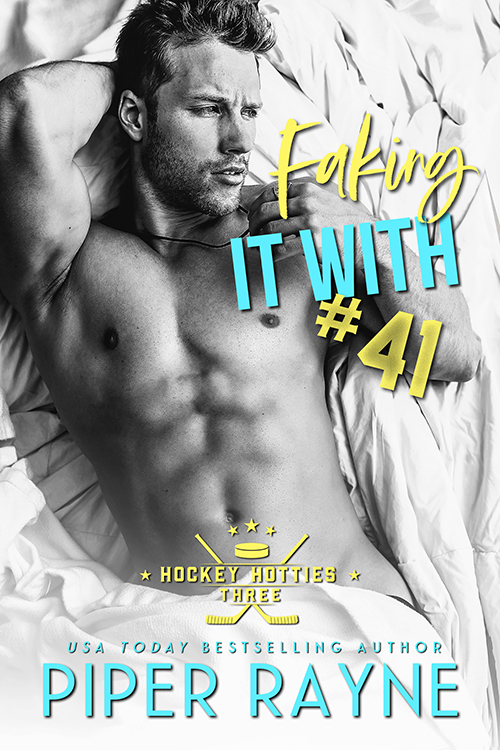 Being the heir to Jacobs Enterprises, I’ve been around fake people my entire life. I promised myself a long time ago that I wouldn’t change for anyone. Which is the only reason I’m a professional hockey player who lives on the beach and does as he pleases without answering to anyone—except my father.

And now, my daughter.

Being a single dad wasn’t in the plan but after a one-night stand who took off after the baby was born, this is my reality.

My dad’s been harping on me to quit hockey and join the company for years and now that I’m a father, he’s only intensified his efforts. Until he makes me a deal I can’t refuse.

Insert Lena Boyd, the Jacobs’ family PR rep. She’s beautiful and intelligent and not at all the woman for me—ask anyone.

My dad needs us to act happily engaged and sell the idea that we’re in love. If we’re successful I won’t have to join the family legacy—ever. Of course, I agree.

That’s when things get complicated. I thought I had her all figured out until I found out there was more underneath her judgmental sneers and eye rolls. It feels like everything is coming together for the future I really want—with Lena—until my past ruins everything.

It’s Ford and Lena’s destination wedding and every professional hockey player joining them for the big day are ready to let loose. But between vacation hook-ups, one player falling into bed with the boss and a surprise guest at the resort, there’s more action—and complications—than any of them could have predicted.

Note to Readers: This story first appeared in the charitable anthology, Color Theory. It has been rewritten and expanded since its inclusion. This is a companion piece to the Hockey Hotties series but does not have to be read to enjoy any of the books in that series.

I have a reputation for being tight-lipped. You learn quick when you become a professional hockey player to be guarded with the media, so I’ve worked hard to cover up the mistakes of my youth.

But when I’m traded to the Florida Fury, where my ex–best friend is the starting right wing, I’m forced to confront my past. Ford and I have a lot of history, especially when it comes to his little sister, Imogen.

My heart still lurches in my chest when I see her.
My hands want to reach out and touch her.
My mouth wants to keep apologizing.

She’s the only woman who ever made me want more. But she’s also the one who fell victim to my most regrettable decision.

I’m not a believer in fate, but I must be back in her world for a reason. I’ve fought for everything I’ve gotten and I’m not backing down from what I know will be the best thing in my life. 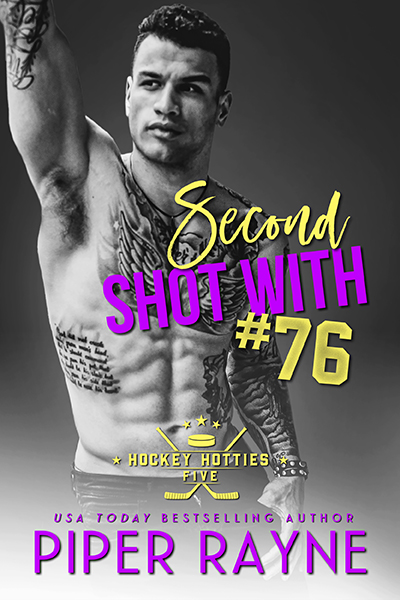 My mom always said you don’t get a second shot at making a first impression. I’ve remembered that my entire career. Especially since I’m one of the few black men who play professional hockey.

I’m calculated and respectful in the way I speak to my coaches, the owners, and the media. I’ve never taken a risk… until her.

I could blame it on the fact that for once I pushed away the pressure of my career for the ocean waves, the sand, and good times with my new teammates. But those are excuses because the minute I saw her at the airport, something lit up inside me and the best week of my life was spent with her in my bed.

After our week in paradise, we said goodbye, exchanged phone numbers and both assumed that unless one of us was flying through the other’s city on the opposite side of the country, our vacation fling was over.

Then one night after practice I see her. She’s here. In my city. Telling me she moved here for a job. If that’s not fate tell me what is.

I’ve never wanted a second shot more than I do this time, but she’s determined to leave what we were on the island we left behind. 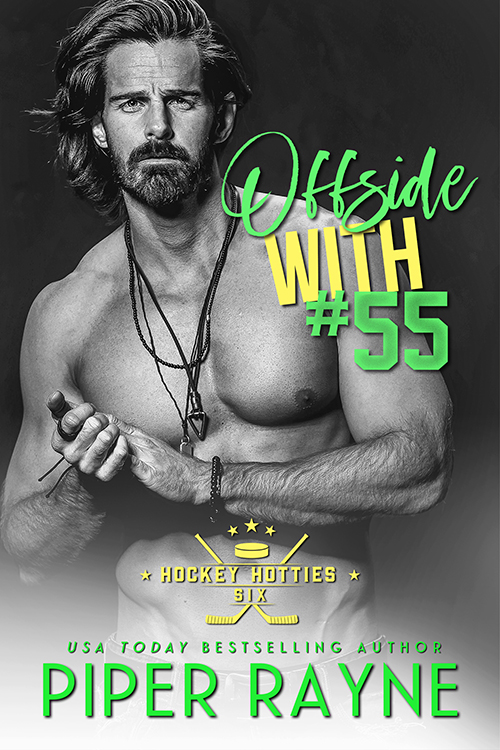 The last thing any professional hockey player wants is to be the old man in the game. The guy who doesn’t know when it’s time to retire. Still, I can’t bear the thought of leaving the game.

This past year I’ve reflected on all my regrets, and I told myself that once I retire it’ll be the time to settle down and start a family. But this is where it gets tricky.

I think I’ve found her—my Mrs. Although she’ll deny our connection to anyone who asks. We’ve been sleeping together casually and since I’m still playing hockey, I’ve let her get what she wants—me—whenever she wants.

After being told my career as a player is over, the owner of Florida Fury grants me a shot to stay in the game. A coaching position I didn’t know I wanted until it was offered. The catch? He’s also passing the family business down to his daughter.

The woman who’s been in and out of my bed for the past year. Which means the woman I intend to make my wife is now my new boss.