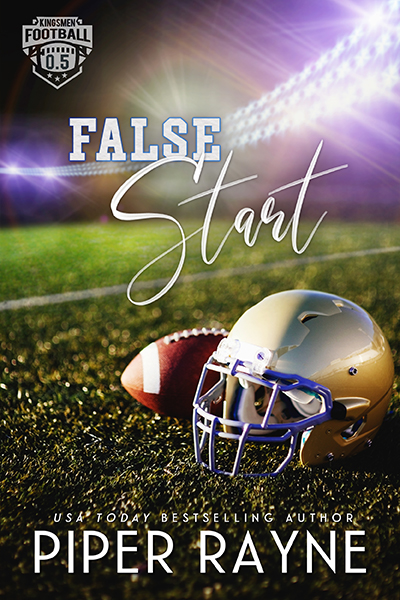 The start of Lee Burrows and I was a college girls' biggest fantasy.
Campus' most popular guy, the starting quarterback, the same guy I've crushed on forever, notices me—the quiet introvert.
Although, he never would've noticed me if he didn't need my help passing our biology class. I didn't think I had a chance with him until he started flirting with me and asking me questions like, "Who was the guy you were talking to?" and "Do you have a boyfriend?"
It took a few tutoring sessions before we ditched the library to "study" at Lee's apartment.
It was a fantasy come true until I found out the truth and vowed that Lee Burrows would never get another chance with me again.NOTE: This is the prequel to the Kingsmen Football Stars series. You do not have to read it to enjoy, You Had Your Chance, Lee Burrows. 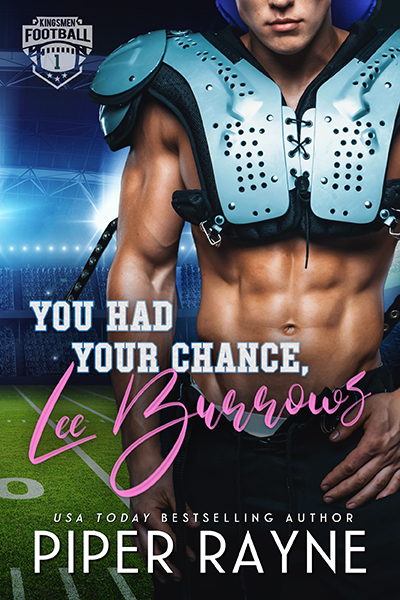 You Had Your Chance, Lee Burrows

Lee f’ing Burrows
The Kingsmen’s star quarterback.
Legendary throwing arm.
Six-pack abs.
Kissable lips.
Oh, but don’t forget, he’s also a lying, heartless egomaniac who broke my heart in college.
It took me years to build myself back up after his deceit, and now I have the dream opportunity to prove myself working as a sports therapist for a professional team.
The hurdle? Or mountain to be more accurate…
The job is with the San Francisco Kingsmen.
Back when I was a naïve college girl, I felt lucky that he even noticed me. Now eight years later, he’d be lucky if I gave him the time of day.
Which I won’t. Not ever.
Some people don’t deserve a second chance and Lee Burrows is one of them.
Now if someone could only tell him that because he’s hell-bent on scoring the winning touchdown and won’t accept that it’s game over for us. 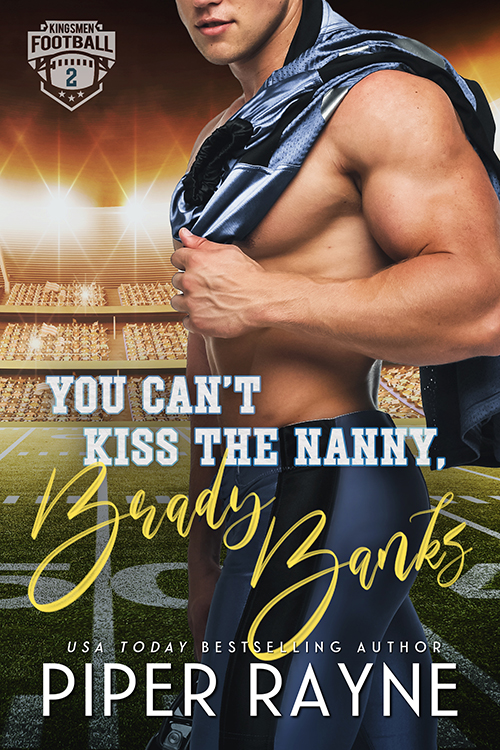 The Kingsmen’s best wide receiver.
Rich AF.
Hot as hell.
A stallion in the sack.

How do I know that last fact? I may have shared a one-night stand with him six months ago when I was rebounding from a broken heart.

I didn’t forget him, but I was done with him, until I discovered he’s the single dad of the boy I’ve been hired to nanny.

It’s near impossible to ignore my attraction to him now that we’re living under the same roof—but I have no choice.

First, this job pays well, and I need the money to move out of my parents’ spare room.

Second, he’s a public figure and there’s no room for me to get caught up in a scandal with him—I can’t disappoint my parents again.

Third, men like Brady were built to break hearts. I barely managed to piece mine back together after my failed engagement and Brady would do irreparable damage if I gave him the chance.

Let the longest three months of my life begin… 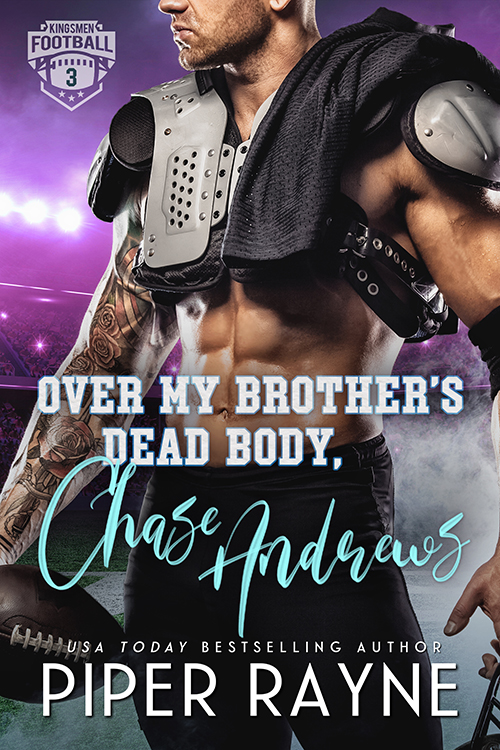 Chase Andrews.
The Kingsmen's top tight end.
My brother's friend and teammate.
My new neighbor.
The grumpy to my sunshine.
But underneath that grumpy exterior, there's so much more.
Chase likes to pretend nothing affects him, but I've seen glimpses of his other side in the time we've spent together.
And the more we get to know each other, the more I'm falling for him.
Under normal circumstances, this would be great. Except my hyper-protective big brother thinks no man is good enough for me, and my ex-fiancé is trying to win me back.
One charming, seemingly good man already broke my heart. Am I stupid to give a self-confessed relationship-adverse football player a chance to break it a second time?