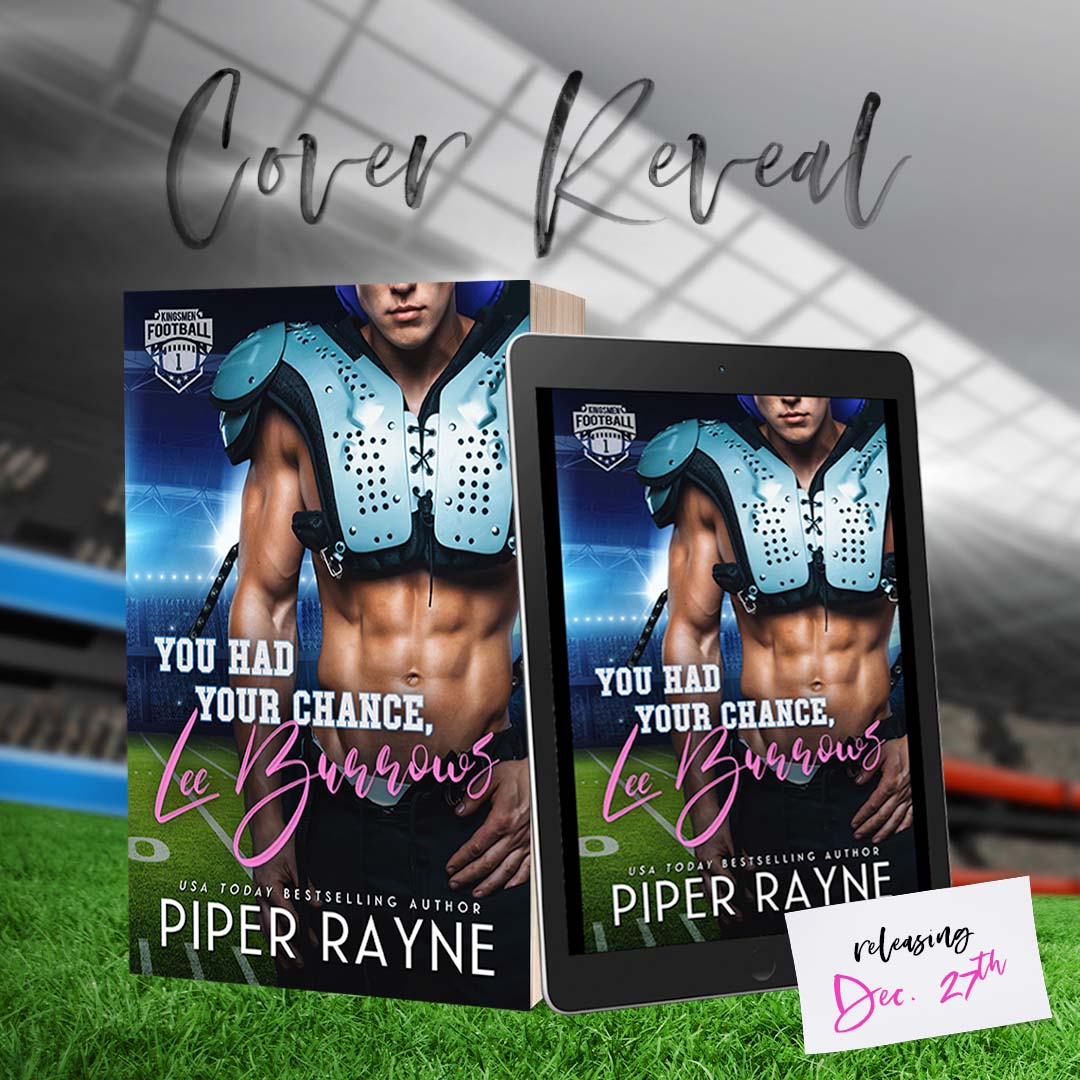 We’re excited to debut the first cover in our new Kingsmen Football Stars series, YOU HAD YOUR CHANCE, LEE BURROWS.
If you read our Hockey Hotties series you might remember that Lee is Kane’s younger brother! We’re excited to dive into the world of football starting on December 27th – mark your calendar!

You can pre-order and save off the regular price –>
https://books2read.com/yhyclb
So… how excited are you for this series!?
BLURB:
Lee f’ing Burrows
The Kingsmen’s star quarterback.
Legendary throwing arm.
Six-pack abs.
Kissable lips.
Oh, but don’t forget, he’s also a lying, heartless egomaniac who broke my heart in college.
It took me years to build myself back up after his deceit, and now I have the dream opportunity to prove myself working as a sports therapist for a professional team.
The hurdle? Or mountain to be more accurate…
The job is with the San Francisco Kingsmen.
Back when I was a naïve college girl, I felt lucky that he even noticed me. Now eight years later, he’d be lucky if I gave him the time of day.
Which I won’t. Not ever.
Some people don’t deserve a second chance and Lee Burrows is one of them.
Now if someone could only tell him that because he’s hell-bent on scoring the winning touchdown and won’t accept that it’s game over for us.