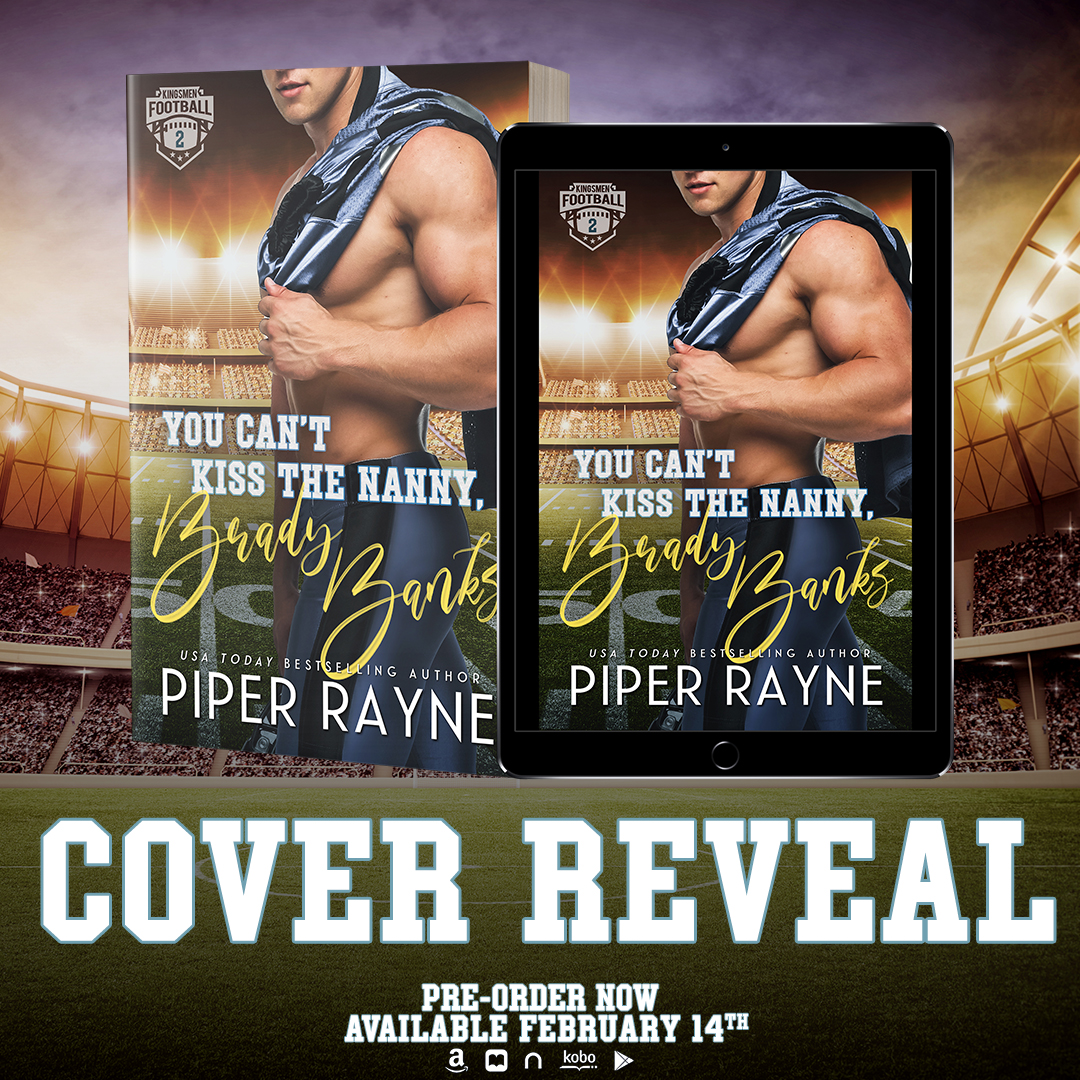 We are thrilled to reveal the cover for You Can’t Kiss the Nanny, Brady Banks!
Release date: February 14, 2023
Cover Design: By Hang Le
Blurb:
Brady Banks.
The Kingsmen’s best wide receiver.
Rich AF.
Hot as hell.
A stallion in the sack.
How do I know that last fact? I may have shared a one-night stand with him six months ago when I was rebounding from a broken heart.
I didn’t forget him, but I was done with him, until I discovered he’s the single dad of the boy I’ve been hired to nanny.
It’s near impossible to ignore my attraction to him now that we’re living under the same roof—but I have no choice.
First, this job pays well, and I need the money to move out of my parents’ spare room.
Second, he’s a public figure and there’s no room for me to get caught up in a scandal with him—I can’t disappoint my parents again.
Third, men like Brady were built to break hearts. I barely managed to piece mine back together after my failed engagement and Brady would do irreparable damage if I gave him the chance.
Let the longest three months of my life begin…
Pre-order today on Amazon, Apple Books, Barnes & Noble, Google Play, and Kobo!
Amazon: https://amzn.to/3GQ3dug
Apple Books: https://apple.co/3JFDcA2
Nook: https://bit.ly/3rP7BWs
Kobo: https://bit.ly/3gE5tKK
Google Play: https://bit.ly/3I0MAgT
Add to Goodreads: https://bit.ly/3Bsywu8