We’re super excited to share the cover of 𝗠𝘆 𝗟𝘂𝗰𝗸𝘆 #𝟭𝟯, the first novel in our brand new 𝙃𝙊𝘾𝙆𝙀𝙔 𝙃𝙊𝙏𝙏𝙄𝙀𝙎 series with you all today! 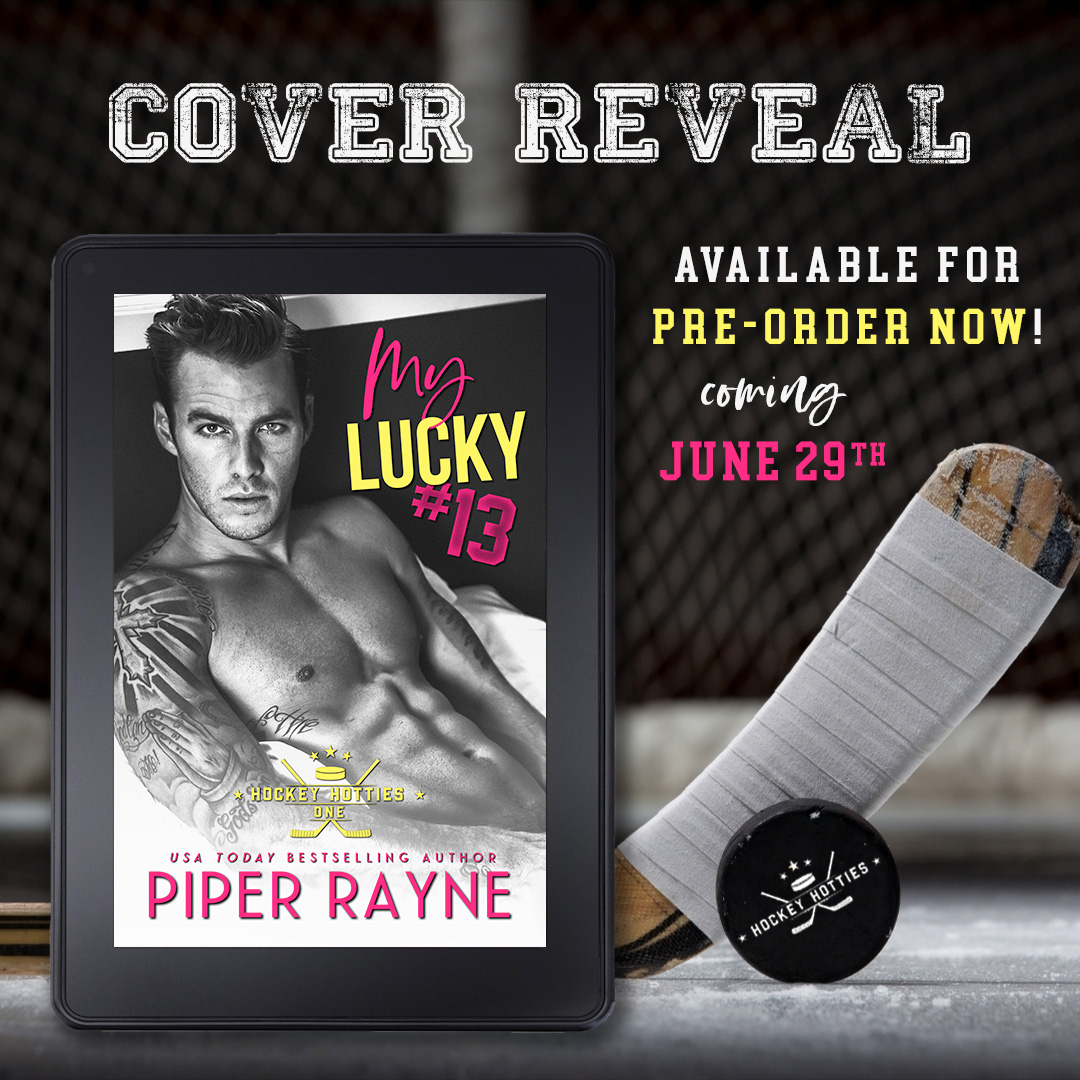 The one adjective used to describe my entire hockey career. I prefer to call it hard work, at least I did until my game went to complete crap. I haven’t scored in eight games and my team owner is talking about trading me.

I’ve never believed in superstitions. Never needed one. I suppose I was “lucky” in that way. But now the best way to refer to me is desperate. I’d wear the same socks for an entire year just to be the high-scoring center I used to be.

Imagine my surprise when after spending New Year’s Eve with a woman, I score a hat trick in the next game—that’s three goals in one game for you non-hockey lovers. Now, I have to track  her down and bribe her to do it again before every game. Get your mind out of the gutter, I’m not talking about it.

I find her and when I get to know her better, I end up spending more time thinking about her than my game, but she’s made it clear she wants no part of me. She’s going to learn that I didn’t become a professional hockey player without having to fight for what I want.