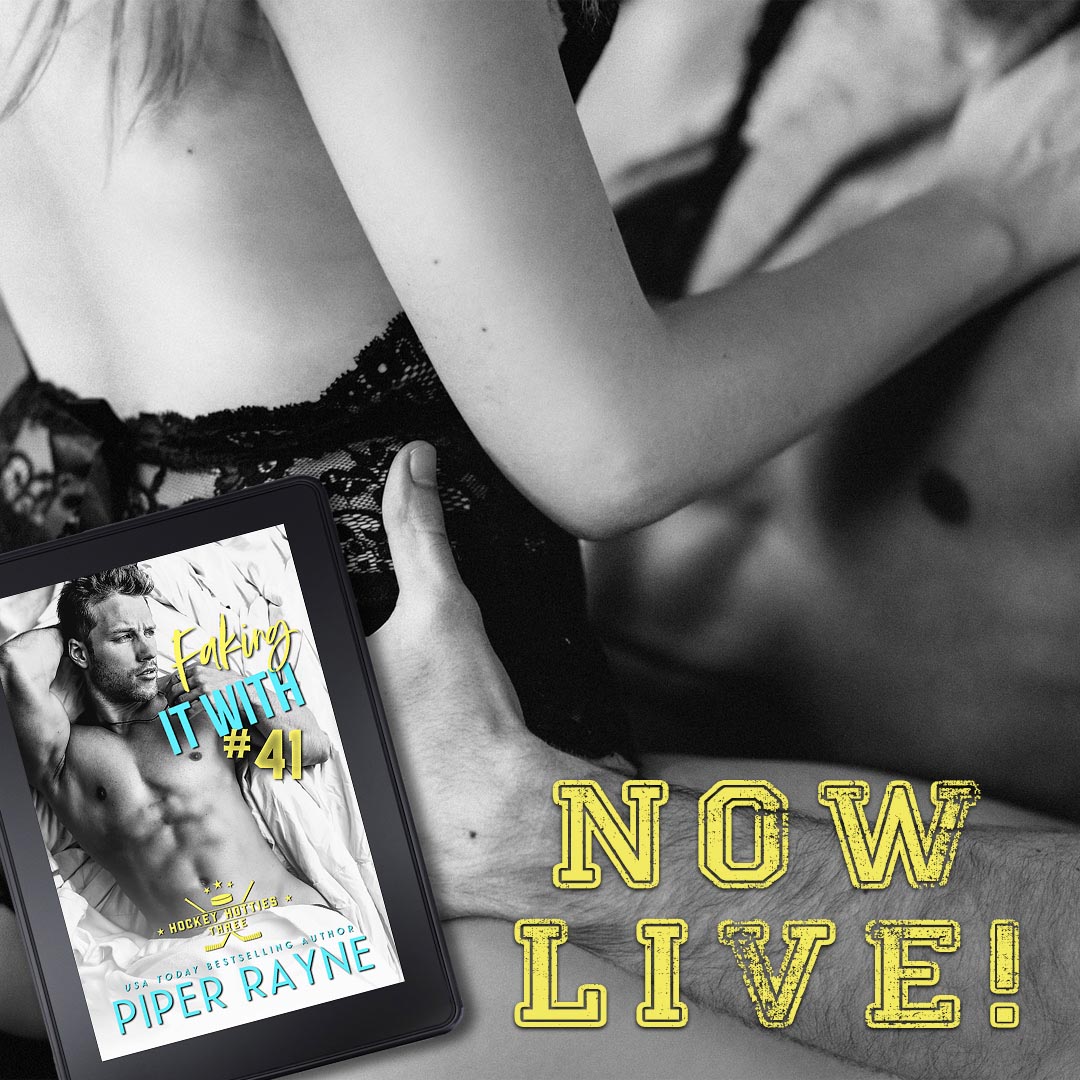 “𝙁𝙪𝙡𝙡 𝙤𝙛 𝙚𝙣𝙩𝙚𝙧𝙩𝙖𝙞𝙣𝙞𝙣𝙜 𝙢𝙤𝙢𝙚𝙣𝙩𝙨, 𝙬𝙖𝙧𝙢 𝙜𝙤𝙤𝙚𝙮 𝙛𝙚𝙚𝙡𝙨, 𝙣𝙪𝙘𝙡𝙚𝙖𝙧 𝙝𝙤𝙩 𝙘𝙝𝙚𝙢𝙞𝙨𝙩𝙧𝙮 𝙖𝙣𝙙 𝙟𝙪𝙨𝙩 𝙖𝙡𝙡 𝙤𝙫𝙚𝙧 𝙧𝙤𝙢𝙖𝙣𝙘𝙚 𝙥𝙚𝙧𝙛𝙚𝙘𝙩𝙞𝙤𝙣.” – 𝙋𝙋’𝙨 𝘽𝙤𝙤𝙠𝙨𝙝𝙚𝙡𝙛
Grab your copy of Ford and Lena’s story here –> https://books2read.com/fiw41
Blurb:
Fake.
Being the heir to Jacobs Enterprises, I’ve been around fake people my entire life. I promised myself a long time ago that I wouldn’t change for anyone. Which is the only reason I’m a professional hockey player who lives on the beach and does as he pleases without answering to anyone—except my father.
And now, my daughter.
Being a single dad wasn’t in the plan but after a one-night stand who took off after the baby was born, this is my reality.
My dad’s been harping on me to quit hockey and join the company for years and now that I’m a father, he’s only intensified his efforts. Until he makes me a deal I can’t refuse.
Insert Lena Boyd, the Jacobs’ family PR rep. She’s beautiful and intelligent and not at all the woman for me—ask anyone.
My dad needs us to act happily engaged and sell the idea that we’re in love. If we’re successful I won’t have to join the family legacy—ever. Of course, I agree.
That’s when things get complicated. I thought I had her all figured out until I found out there was more underneath her judgmental sneers and eye rolls. It feels like everything is coming together for the future I really want—with Lena—until my past ruins everything.