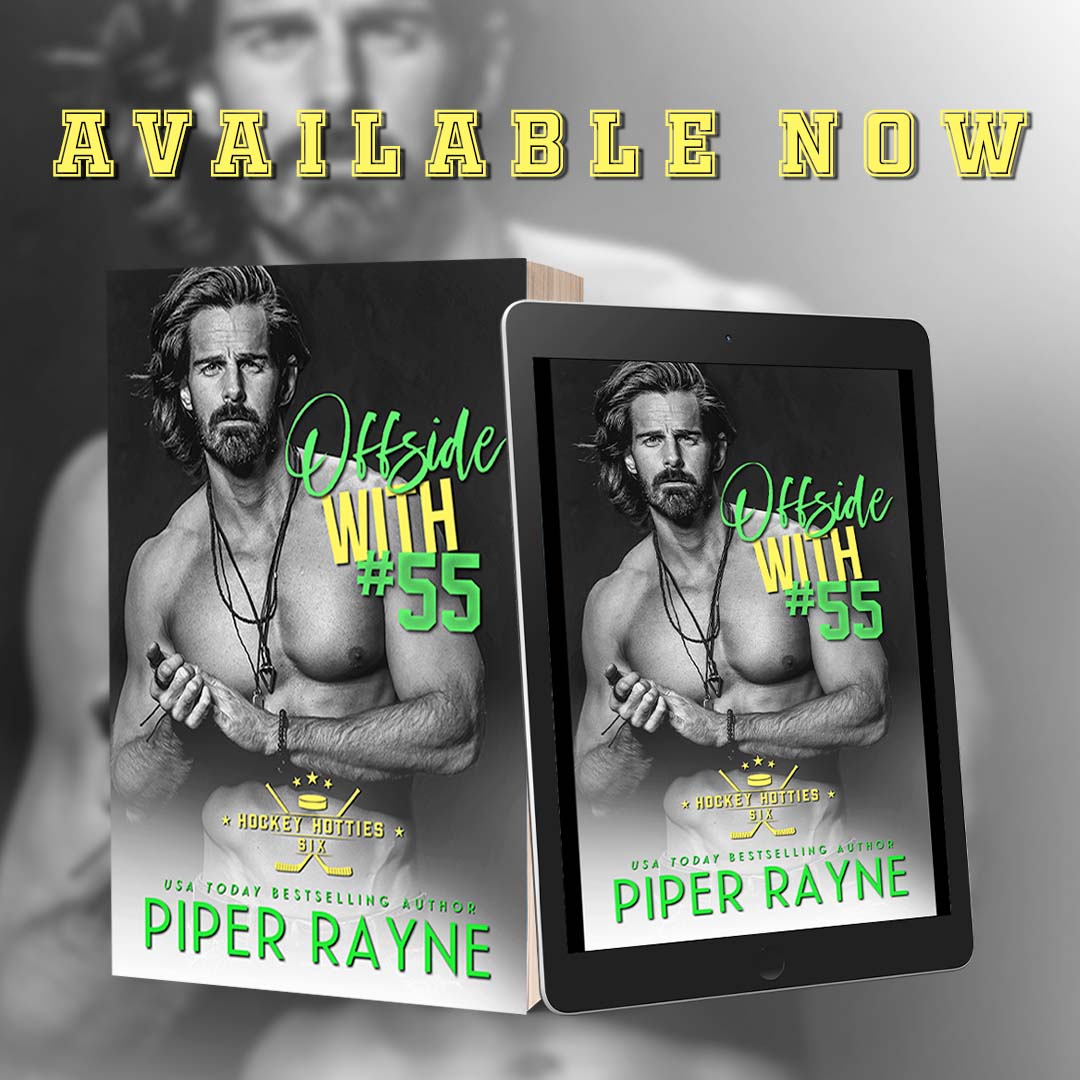 Download today on Amazon, Apple Books, Barnes & Noble, Google Play, Kobo!
Amazon: https://amzn.to/3z5AKhk
Apple Books: https://apple.co/37ZiHND
Nook: https://bit.ly/3j1JO0W
Kobo: https://bit.ly/3z1sdMl
Google Play: https://bit.ly/3mgNmyp
Audible: Coming Soon!
Add to Goodreads: https://bit.ly/3CZYxl4
GRAB your copy of 𝐎𝐟𝐟𝐬𝐢𝐝𝐞 𝐰𝐢𝐭𝐡 #𝟓𝟓 today for 40% OFF the regular list price!
BLURB:
The last thing any professional hockey player wants is to be the old man in the game. The guy who doesn’t know when it’s time to retire. Still, I can’t bear the thought of leaving the game.
This past year I’ve reflected on all my regrets, and I told myself that once I retire it’ll be the time to find the right woman. But this is where it gets tricky.
I think I’ve found her—although she’ll deny our connection to anyone who asks. We’ve been sleeping together casually and since I’m still playing hockey, I’ve let her get what she wants—me—whenever she wants.
After being told my career as a player is over, the owner of Florida Fury grants me a shot to stay in the game. A coaching position I didn’t know I wanted until it was offered. The catch? He’s also passing the family business down to his daughter.
Who’s his daughter?
The woman who’s been in and out of my bed for the past year. Which means the woman I intend to make mine is now my new boss.